Learn to paint in watercolour in a structured approach Watercolor is the starting point for many aspiring artists after they have got to grips with drawing technique.

Explore the art of painting with oils and with the dynamic medium of acrylic. Whether you’re improving your technique or starting from scratch, this course will help you paint with confidence. Students will explore a variety of painting approaches, and develop their technical and conceptual skills, while realizing their own unique vision. The Painting Certificate is designed for adults who are interested in exploring the tools and traditions of painting while experimenting with new methods, materials, and concepts.

Diploma in Charcoal and Soft Pastels

Charcoal and Pastel course are a very specialised course for those who are keen in this kind of art works.

Whether you would like to develop your skills in drawing with charcoal, or venture into the world of using soft pastels to create your original art works, here is the ideal weekend course for you.

This course is designed for those wishing to learn the skills and explore the exciting medium of charcoal and soft pastels – both as a means of deciphering an unfamiliar subject and as a way of making sketches.

It is also for students interested in developing charcoal and soft pastels portfolios for admission to college-level programs, and for individuals looking to create paintings for personal enrichment and other professional opportunities.

Learn how to manipulate your artworks to stunning effect, get hints and tips on working and re-working your paintings as they dry, and discover charcoal & soft pastels techniques that will add a stunning depth, light and character to your work.

For learning purpose, we will use oil as a medium as it is tougher. You can work with a palette knife to express the forces of nature, the ever-changing elements, cloud formations, piercing blue skies over acres of red bracken and the raw beauty and geographic diversity of the landscape.

Diploma in Still Life and Composition

Still Life is the art of drawing and painting inanimate or still objects objects like fruit, flowers, food and every day things. At Konsult, the course is practical oriented paintings approach to the subject and it rooted in the traditions of western figurative art. You will look at things with a fresh eye, to understand and relish color and to build confidence by developing and putting into practice good

Composition is an arrangement of elements that makes us see them as a whole. Every artwork has some composition. You either create it consciously or by accident, but you can’t create a drawing without it. It’s like the skeleton of a living creature—you can’t see the bones, but they make the body look like it does. Without the skeleton there would be no form. In a more practical sense, composition is the relation between the elements of the picture. And this relation, not the elements, is the first thing we notice. At the same time, it’s actually invisible for us.technique. 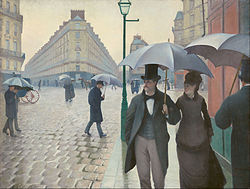