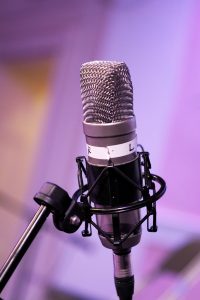 Around the 12th century, Hindustani classical music diverged from what eventually came to be identified as Carnatic classical music. Hindustani music places more emphasis on improvisation and exploring all aspects of a raga, while Carnatic music is primarily composition-based. The central notion in both these systems is that of a melodic musical mode or raga, sung to a rhythmic cycle or tala. It is melodic music, with no concept of harmony. These principles were refined in the musical treatises Natya Shastra, by Bharata (2nd–3rd century CE), and Dattilam (probably 3rd–4th century CE).[2]

In medieval times, the melodic systems were fused with ideas from Persian music, particularly through the influence of Sufi composers like Amir Khusro, and later in the Mughal courts, noted composers such as Tansen flourished, along with religious groups like the Vaishnavites.

After the 16th century, the singing styles diversified into different gharanas patronized in different princely courts. Around 1900, Vishnu Narayan Bhatkhande consolidated the musical structures of Hindustani classical music, called ragas, into a few thaats based on their notes. This is a very flawed system but is somewhat useful as a heuristic.

Distinguished musicians who are Hindu may be addressed as Pandit and those who are Muslim as Ustad. An aspect of Hindustani music going back to Sufi times is the tradition of religious neutrality: Muslim ustads may sing compositions in praise of Hindu deities and vice versa.

Indian classical music has seven basic notes with five interspersed half-notes, resulting in a 12-note scale. Unlike the 12-note scale in Western music, the base frequency of the scale is not fixed, and intertonal gaps (temperament) may also vary. The performance is set to a melodic pattern called a raga characterized in part by specific ascent (aroha) and descent (avaroha) sequences, “king” (vadi) and “queen” (samavadi) notes and characteristic phrases (pakad).[citation needed]

Ragas may originate from any source, including religious hymns, folk tunes, and music from outside the Indian subcontinent[citation needed]. For example, raga Khamaj and its variants have been classicized from folk music, while ragas such as Hijaz (also called Basant Mukhari) originated in Persian maqams.