The Singapore Institute of Management (SIM) is Singapore’s leading private education and lifelong learning institution, recognised for equipping individuals and enterprises to be future-ready and empowering them to fulfil their highest aspirations. 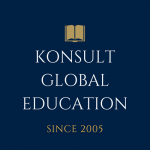 Konsult Global Education is the authorised agent for Student Recruitment of Singapore Institute of Management (SIM) based in Bangalore, the IT capital of India. With decade plus experience in the field of student recruitment and international education, Konsult Global Education has played a pivotal role in promoting SIngapore Education in this part of the world. Based in the IT corridor in Bangalore and close proximity to International and well reputed schools, Konsult is a well known name in this field.

With 10 plus years in Singapore Education, Konsult provides you admission guidance based on your profile, area of interest, academic scores and test scores.
Konsult helps you with the admission requirements which include application process, making resume, statement of purpose, portfolio etc.
We do regular follow-up with university so that you get the timely decision and have sufficient time to apply for your visa and make travel plan.

We also provide assistance in understanding the accomodation system, hostels and the surroundings of SIM. 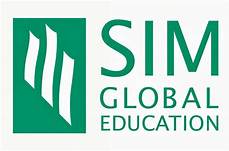 Singapore Institute of Management (SIM) - Why should you join? Send your interest by filling the following form

Admission from the very best

Education in Singapore is managed by the Ministry of Education (MOE). It controls the development and administration of state schools receiving taxpayers’ funding, but also has an advisory and supervisory role in respect of private schools. For both private and state schools, there are variations in the extent of autonomy in their curriculum, scope of taxpayers’ aid and funding, tuition burden on the students, and admission policy.

The government spends about 20% of the national budget on education, which subsidises public state education and government-assisted private education for Singaporean citizens as well as to fund the Edusave programme.

Subsequently, foreigners bear a significantly higher costs of educating their children in Singapore government and government-aided schools. In 2000, the Compulsory Education Act codified compulsory education for children of primary school age (excepting those with disabilities),  and made it a criminal offence for parents that failed to enroll their children in school and to ensure their regular attendance.

Exemptions are allowed for homeschooling or full-time religious institutions, but parents must apply for exemption from the Ministry of Education on a case-by-case basis and meet a minimum benchmark.

Although Malay, Mandarin and Tamil are also official languages, English is the language of instruction for nearly all subjects except the official Mother Tongue languages and the literatures of those languages; these are generally not taught in English, although there is provision for the use of English at the initial stages. Certain schools, such as secondary schools under the Special Assistance Plan (SAP), encourage a richer use of the mother tongue and may occasionally teach subjects in languages other than English.

A few schools have been experimenting with curricula that integrates language subjects with mathematics and the sciences, using both English as well as a second language.

Singapore’s education system has been consistently ranked as one of the highest in the world by the OECD. It is believed that this comes from the style of teaching that is implemented in Singapore. Teachers focus on making sure that each of their students thoroughly move through the syllabus before moving on. By doing this teachers in Singapore teach a much more narrow but deeper type of instruction.

Furthermore, it has been described as “world-leading” and in 2010 was among those picked out for commendation by the Conservative former UK Education Secretary Michael Gove. According to PISA, an influential worldwide study on educational systems, Singapore has the highest performance in international education and tops in global rankings.[12][13] In January 2020, Singaporeans made up half of the perfect scorers in the International Baccalaureate (IB) examinations worldwide